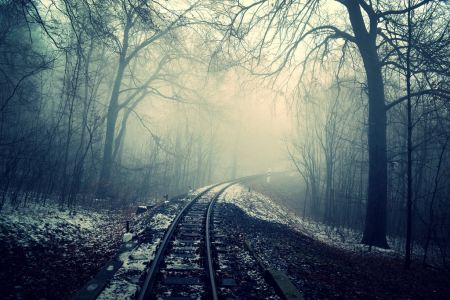 In chapter five of the Jack Reacher novel Tripwire by Lee Child, there is a scene, unforgettable to me, that sums up a mindset that is inconceivable to most people. It could be called primitive, if you wanted to dismiss it, but it truly bears seriously thinking about in this age of terrorism that can strike anyone, anywhere. But even more, it bears adopting if you ….(I’ll discuss its application later) “There was a portion of his brain, developed all out of proportion, like a grotesquely over-trained muscle, which made it seem to him entirely reasonable that he should step out of a door in a quiet New York suburban town and glance down at two men he had last seen two thousand miles away in the Keys crouching and swinging nine-millimeter pistols up in his direction. No shock, no surprise, no gasping freezing fear or panic. No pausing, no hesitation, no inhibitions. Just instant reaction to a purely mechanical problem laid out in front of him like a geometric diagram involving time and space and angles and hard bullets and soft flesh.”

I have been in a number of situations which demanded immediate action, and while none of them were quite as dramatic as the one Reacher faced, I swung into action without thought, while simultaneously observing others frozen, either asking the futile question “why is this happening?”, or the even more disengaged question “what’s happening?” There were a number of those in Vietnam, but the one I remember most easily was a camping/field trip in grad school in 1973. Our leader and teacher had tripped over a tree root and was in terrible pain. Every time I looked his way he was grimacing and massaging his leg. I also observed my fellow grad students, who seemed to be unaware of his discomfort. No one looked his way. I was thinking “something bad is about to happen.” Moments later he collapsed, unconscious. I remember thinking “his heart stopped.” I had no logical basis for thinking that. Yet I immediately, without any conscious decision as to what I should do, ran over to him and began chest compressions. All the others sat where they were, either dumbfounded, or yelling useless commands (“someone call a doctor”), or asking the futile questions I posed in the previous paragraph. After only three compressions, he suddenly sat up, looked around in confusion and asked about what happened. I told him and asked how he was feeling. Strangely, his pain was gone and he didn’t even remember tripping over the root. It was as if the loss of consciousness “reset” his body and mind. I expected a recurrence of the pain but it didn’t happen.

All my adult life it’s been action first, then questions and analysis, like an after-action report. Lee Child explains Jack Reacher’s behavior as a life spent moving on constantly, in a military family, with no expectation of stability. In his case there was no big surprise that a couple of thugs he had last seen in Key West, Florida suddenly showed up in upstate New York. In my case I have always been wired differently, even though my life was pretty conventional  in most respects. I don’t understand why I am wired this way, but who really cares? What matters is that you can learn to be more like this.

If you are asking “why should I?”, let me point out some possible reasons, but first the symptoms of “inadequate attention.” 1. Do you get flustered by ordinary situations, such as missing your turn and then for a moment not knowing what to do about it? 2. Do you dislike having to learn new things because you get confused? 3. Do you lose your way a lot while driving, and sometimes find yourself going the wrong way to somewhere you have been regularly? 4. Do you get in minor accidents that are the result of being unobservant? 5. Are you frequently unable to find things, even when looking right at them, because their location doesn’t match the expectation of where you thought they would be?

Now at this moment you could be indulging in an unconstructive kind of objection, like “who do you think you are, Mr. Perfect?” or “I exhibit some of those symptoms but so what, it doesn’t mean anything.” To the first I say “I have lots of faults and exhibit some of those symptoms–though rarely–and I am aware when I do” and to the second I say “unfortunately, it does mean a lot. One of the consequences of inattentiveness is being unaware of the patterns of your behavior.” Why you need to start building a “Jack Reacher mind” is to become more effective as well as more aware of your surroundings and how you decide things. It starts by interrupting the patterns that breed inattention:

1. Stop saying “It doesn’t make any sense” when you don’t understand the reasons behind something. Become aware of what you are really saying, which is “I don’t understand it.” Find solutions or alternate ways to deal, save the understanding for later (or never, since no one cares whether you get it or not, and your complaint is usually a way to delay having to act).

2. If your first inclination when you have to decide about something is to ask “why…?”, ask instead “what are the options here?” Asking “why” is one of the most futile questions, since most of the time the person you are asking doesn’t have the answer and yields to the pressure of the question by speculating. Also, if you would rather ask someone to give you the answer to a problem rather than trying to work it out yourself (with asking as a last resort), you are not developing your “thinking muscles.”

3. When you can’t find something, if your first theory is “someone took it” then you are the problem. Almost always, you misplaced the item, then formed a picture of where you thought it should be, and when it wasn’t there you looked a lot of other places and at some point you were looking right at it but didn’t see it because it didn’t match your picture! Adopt a different theory: You misplaced it!

4. If you get lost a lot or find yourself driving the wrong way when you have been to the place many times, start studying street maps! You have the ability to visualize the route to your destination, but you can’t accurately visualize what you haven’t seen. If you don’t study maps you have no picture of where you are relative to where you are going. If you find yourself objecting to that idea, get over it. You are just finding excuses for not doing the work. Here’s the most important thing about getting lost: When people who get lost make a wrong turn, their interpretation of each wrong turn is that they are getting more lost. That is the wrong interpretation. Each wrong turn really means that is one less mistake you can make before finding the place. Every wrong turn is one turn closer to your destination, presupposing you can remember the wrong turns. If you can’t, studying street maps develops the visual memory skills to remember your wrong turns. Don’t agree? Stay lost!

By now you should have noticed the pattern in how to develop “Jack Reacher mind”. The main lesson is…..(I will give you a minute to read through and find the pattern).

The main lesson is that you have to accept the correct interpretation of your actions: 1. Saying “it doesn’t make sense” is not accurate. You don’t understand it, but that has nothing to do with sense. Striving for understanding (a futile illusion most of the time) is inferior to effective action. 2. Asking “why” all the time puts off decisions. 3. You misplace things, others rarely move your stuff. 4. Every mistake is one less to make before the solution, NOT evidence of getting farther away!!!! Whether it is Edison developing the lightbulb (or anyone inventing anything) or reaching your destination, this is true.

Oh yeah, one more thing. If you spend a lot of time staring at your smartphone–like twitter, snapchat, and the myriad other distractions, and excessive text messaging–don’t expect to develop attentiveness. The opposite will happen. The phone may be “smart” but the more time you spend on it rather than reading or writing or thinking, you are just getting dumber and more inattentive.

NONE OF THIS YOU HAVE TO DO. EITHER DO SOME OF IT AND LET THE RESULTS MOTIVATE YOU, OR CONTINUE AS YOU ARE AND LEARN TO LIKE GETTING THE SAME RESULTS. IT’S ALL YOUR CHOICE.