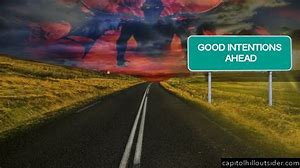 I am reading a “thriller” novel by Kyle Mills, called the Utopia Experiment, in which two men who were persecuted by the Nazis and the Communists–those most twisted of utopians (until ISIS came along)–escape East Germany and decide to create the perfect world, in which evil and cruelty has been eliminated. That means, to them, eliminating the powers that enable evil and cruelty to flourish. Since the people they want to eliminate are by definition powerful, they must find a way to trick them into eliminating themselves. While they come up with a very creative way to accomplish that feat, they find they have left their own compassion and humanity behind.

The biggest problem was their defective view of human nature. Initially, they assumed that human beings by nature are, if not persecuted, kind and caring. The solution was to remove the exceptions who are evil and cruel, which should create utopia. That didn’t work in Soviet Russia, Laos, Cambodia, the China of Mao, countless African countries or anywhere in the ancient world. It never works because the lust for power always corrupts good intentions. Through their experiments on the brains of human subjects, most of whom were unwilling, they come to the conclusion that all humans are merely complex computers called the brain, surrounded by meat, and that God does not exist.

What the novel doesn’t address is why, once that conclusion about humankind was reached, they would care about eliminating the powerful and cruel, or saving the weak. These men reached their conclusion by the same route that totalitarians throughout history have reached the same conclusion: THEIR DRIVE TO CREATE A UTOPIA NECESSITATED SO MUCH CRUELTY ON THEIR PART THAT THEIR GUILT REQUIRED THE BELIEF THAT THE PEOPLE WHOSE SUFFERING THEY CAUSED WERE JUST SO MUCH CATTLE, OR COMPUTERS PROPPED UP BY MEAT.

The founding fathers of our nation had a much better understanding of human nature, since that understanding was grounded in the Bible. They knew that human nature is corrupt, and therefore those who rule must be restrained and guided. Thus our constitution has been successful for the most part, because they had no illusions about any nation being a utopia, nor did they covet what any ruler had. In addition, their beliefs about the nature of humankind were shaped by the Biblical understanding that man is made by God in his image.

The utopian drive in nation building has given us Communism, Fascism, Nazism, revolutions in which a cruel and greedy leadership was replaced by one even more cruel and greedy. Building a perfect world is very messy business, and lots of eggs must be broken (revolution-speak for killing anyone who tries to stop you). Misdirected compassion on the community and individual level is also a messy business. The following is one example of misdirected compassion that embodies the wrong notions of Utopianism, while teaching the central pillar of success.

From World Magazine, May 27, 2017. This is about a man who turned his life around, who went from stealing from stores to managing 4 of them.

“Collins spent a total of 27 years in prison for drug-related convictions (mostly burglary). Each time he finished a prison term, he careened right back behind bars, where he experienced his first rape. No matter where he ran, he found crack. He spent his food stamps and county-funded general relief checks on crack. When that money was gone, he stood outside upscale restaurants and offered to sing for customers. With his beautiful singing voice and natural charisma, he won the generosity of strangers. ‘I don’t want money. I’m just singing to feed my family,’ he promised his benefactors, who ordered for him (they thought) whatever he wanted off the menu. He then delivered the hot food straight to his drug dealers in exchange for crack.

“That’s why Collins sighs when he sees well-meaning volunteer groups out on Skid Row donating free stuff. That night we passed one handing out sandwiches, bottled water, and hygiene kits. ‘This is the cold, hard truth: I think they’re crippling the people down here,’ Collins said. ‘If you’re providing me clothes, food, and tents, I don’t have to spend the money I get from the government on anything but my next hit.’

“Collins says he had to go through the hell he endured: ‘I was hardheaded. I didn’t want to get off the streets because I loved crack with a passion.’ It took a lot of wrong turns, bad falls, and broken bones before he finally decided, ‘You know what, I’m through.’ And at the right time, God sent him people who remembered his birthday and stuck around even after he skipped out on rehab: ‘They didn’t try to love me from a distance. They could have thrown me bread, jacket, and a tent, but they were really concerned with what’s going on inside me.’ Collins credits such ‘up-close and personal’ attention and ‘unconditional love’ for keeping him sober for a year.”

All the important principles are there and the lesson shows why the road to hell is paved with good intentions. Perhaps the master principles are those in the previous paragraph: 1. You will not kick a pernicious habit until you are so thoroughly sick of the consequences that there is nowhere to go but up. Collins later talks about how, even after he was off crack for years, the temptation was still constant, but he was truly sick enough of his old life that instead of yielding to temptation, he would reach out to… 2. Accountability partners. People who cared and loved him enough to keep him on the narrow way, because they knew…3. Give your burdens to God. Ultimately, only God can fix what is wrong with you, because everything that is wrong begins with separation from God.

One thought on “Why is the road to hell paved with good intentions?”