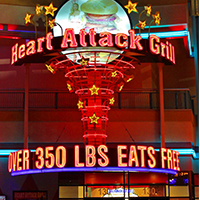 “Hosing human waste off pavement reminds one leftist of hoses used against civil-right activists. A city councilman in Seattle is reportedly opposed to hosing sidewalks that reek of excrement near a local courthouse because he fears that it might be racially insensitive. No, this is not a joke. The area surrounding King County Superior Court includes a homeless shelter and other social-services organizations and has become an “unsanitary and potentially frightening” scene — one “that reeks of urine and excrement” — according to an article in the Seattle Times. Desperate for help with the disgusting environment, two of the court’s judges have asked the city to please power-wash the poop-covered sidewalks. That seems like a pretty reasonable request, but apparently, one councilman is worried that doing so might be a form of microaggression.

“According to the Times, Councilmember Larry Gossett “said he didn’t like the idea of power-washing the sidewalks because it brought back images of the use of hoses against civil-rights activists.” Now, I’m not trying to diminish the struggles of civil-rights activists, but Gossett’s concern here is nothing short of insane. I mean, seriously — who even thinks of such a thing? I see people power-washing bodily fluids off of the streets of New York City (including streets outside of courthouses) all the time, and I have not once seen any of them being called racist. To be fair, this city does still smell terrible, so the power-washing plan might not be the perfect solution on practical grounds, but at least it’s a start. What else are you going to do — not wash them? Because I really, really reject the idea that leaving sidewalks covered with human bodily waste is the less offensive move in this (or any) situation. Anyone over the age of three knows that if you see poop somewhere, it’s supposed to be cleaned up. What’s more, most little kids could probably also tell you that said clean-up is supposed to involve water.

“In fact, before this, I would have told you that this is probably the least controversial opinion in human history. But social-justice alarmism can do a great job of turning the clearly uncontroversial into an outrage, and often at the expense of basic logic and practicality. It’s not that all social-justice activism is bad, of course. It’s great to be nice, and it’s great to be sensitive, but an obsession with social justice and political correctness can make people’s brains start to malfunction — and I’m not sure that I’ve ever seen a better example of that than this.”  The end.

“Social justice.” How noble sounding, but let’s inquire further. What is justice? One such definition: Justice is rendering to everyone that which is his due.” What is each person’s “due.” Who determines that, and by what standard is it determined? Once a workable, or fair, or equitable standard is applied, whose resources will the compensation come from? What if the intended compensator doesn’t agree that the designated victim deserves compensation, or they disagree on the nature or amount of the compensation? If a true injustice is being redressed, how can compensation atone for it? Isn’t true repentance and forgiveness far more valuable than material compensation?

The self-designated social justice warriors love talking about justice as a wronged group–usually downtrodden–being victimized by a more powerful or privileged group. The trouble here is that groups don’t perpetrate injustice, people do, and compensating groups probably misses most of the real victims. I wonder how much of so-called social justice outrage is simply theft by a more noble name.

Speaking of what people are due–“just desserts” maybe–the Heart Attack Grill in Las Vegas is not subtle about who their preferred customer is. But making such as offer is tempting obese people to get even heavier. How would a social justice warrior demand that the grill compensate it’s victims when they go down with diabetes or heart attacks, since no one forced them to eat that way? Free veggie burgers for life?