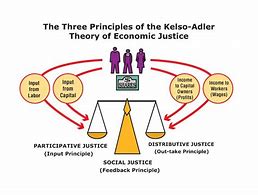 From pachamama.org (a social justice coalition): “The word duo, social justice….relayed the same core idea, that all members of a society should have equal benefits and opportunities. In its early days, the term social justice specifically targeted poverty and the need for an equal distribution of resources. Today, the term has acquired a broader and more detailed definition (including issues of segregation) that accounts for specific modes of moral treatment. The blueprint for achieving social justice is often structured by governmental implementation of laws/rights that provide equal distribution of resources and opportunities, which in effect protects human dignity. If a government supports inequality with oppressive laws then it is up to a non-government coalition to stimulate the change of such laws in a non-violent manner.”

From Wikipedia: “Social justice is a concept of fair and just relations between the individual and society. This is measured by the explicit and tacit terms for the distribution of wealth, opportunities for personal activity and social privileges. In Western as well as in older Asian cultures, the concept of social justice has often referred to the process of ensuring that individuals fulfill their societal roles and receive what was their due from society. In the current global grassroots movements for social justice, the emphasis has been on the breaking of barriers for social mobility, the creation of safety nets and economic justice.”

Notice the confusing of  “resources” and/or “benefits” (in the Pachamama context) with “opportunities”.  Further, note the distinction between the traditional “receive what was their due” (in the Wikipedia definition) and the “current global grassroots movements” what “social justice” has come to mean “the creation of safety nets.” I believe that everyone should have equal opportunity.  Equal benefits/resources, that is, outcomes, is not the same thing. God gives to each individual abilities, and those abilities are not equally distributed. Opportunity means to me that no artificial barriers are placed between your abilities and your outcomes. Who, or what, places those artificial barriers?  Only those in power have the means to erect barriers. The “rulers”, be it government bureaucrats or tyrants, place those barriers. What are the barriers?

The Bible is the handbook of justice; the word justice appears in the Bible 138 times. In most of those passages, the barriers are also named and condemned. Let’s see how “justice” is used within the Biblical context. The following passages are a brief sample:

“You shall not spread a false report. You shall not join hands with a wicked man to be a malicious witness. You shall not fall in with the many to do evil, nor shall you bear witness in a lawsuit, siding with the many, so as to pervert justice, nor shall you be partial to a poor man in his lawsuit.” (Exodus) You shall appoint judges and officers in all your towns that the Lord your God is giving you, according to your tribes, and they shall judge the people with righteous judgment. You shall not pervert justice. You shall not show partiality, and you shall not accept a bribe, for a bribe blinds the eyes of the wise and subverts the cause of the righteous. Justice, and only justice, you shall follow, that you may live and inherit the land that the Lord your God is giving you. (Deuteronomy)

And all Israel heard of the judgment that the king had rendered, and they stood in awe of the king, because they perceived that the wisdom of God was in him to do justice. (1 Kings)  Those who forsake the law praise the wicked, but those who keep the law strive against them. Evil men do not understand justice, but those who seek the Lord understand it completely. Better is a poor man who walks in his integrity than a rich man who is crooked in his ways. (Proverbs) The fear of man lays a snare, but whoever trusts in the Lord is safe. Many seek the face of a ruler, but it is from the Lord that a man gets justice. An unjust man is an abomination to the righteous, but one whose way is straight is an abomination to the wicked. (Proverbs)

Your princes are rebels and companions of thieves. Everyone loves a bribe and runs after gifts. They do not bring justice to the fatherless, and the widow’s cause does not come to them. Behold my servant, whom I uphold, my chosen, in whom my soul delights;
I have put my Spirit upon him; he will bring forth justice to the nations. (Isaiah) “I the Lord search the heart and test the mind, to give every man according to his ways, according to the fruit of his deeds. Like the partridge that gathers a brood that she did not hatch, so is he who gets riches but not by justice; in the midst of his days they will leave him, and at his end he will be a fool.” (Jeremiah)

So it’s clear where the Bible lies. Evil–in our context erecting barriers to subvert the use of God-given abilities to pursue opportunities–is: showing partiality, whether to the poor or to the powerful, siding with the mob (the many) because of “fear of man”, accepting bribes, stealing from the efforts of others (“Like the partridge that gathers a brood that she did not hatch, so is he who gets riches but not by justice”), bearing false witness, electing leaders (“princes”) who are corrupt and rebellious.

NEWS FLASH: ACCORDING TO THE BIBLE, LOBBYISTS WHO BRIBE OFFICIALS AND BUREAUCRATS WHO INTERPRET RULES TO FAVOR PROPERTY THEFT ARE EQUALLY EVIL. SO IS PARTIALITY–FAVORITISM TOWARDS A PERSON SIMPLY BECAUSE OF THE GROUP THEY ARE REPRESENTATIVE OF.

To those who still cling to the leftist wet dream of equality of outcome, “Justice comes from the Lord, not from man.” If God has given each of us differing abilities, then the only ways to get equality of outcome are: stealing the output and redistributing it, or handicapping the superior abilities. Bureaucrats have perfected the former. As to the latter, see my next post, “The insult of superior ability.”