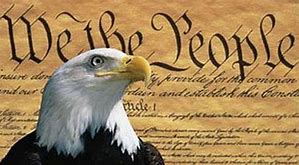 “And for the support of this Declaration, with a firm reliance on the protection of Divine Providence, we mutually pledge to each other our Lives, our Fortunes, and our sacred Honor.” From American Heritage magazine: “When the Continental Congress opened its session of Friday, August 2, 1776, in Philadelphia, the major business of the day was to continue a somewhat moribund debate on the Articles of Confederation. An incidental piece of business was the signing, by all the delegates to the Congress, of an engrossed copy of the Declaration of Independence—a matter which John Adams did not consider sufficiently important to mention in his diary of the day’s events. There is little evidence that the actual signing struck any delegates, other than the impressionable Ellery and the dramaturgic Hancock, as one of the great moments in history. The delegation from Massachusetts, where the war had been going on for well over a year, thought it was long overdue, and Samuel Adams grumbled constantly about its lateness. The fifty-six men who were to achieve an immortality, the true dimensions of which seem clearly to have escaped all of them, represented no single stratum of colonial life. They were of varied backgrounds, ages, education, property, and experience. But none signed casually. They were clearly aware, as Abraham Clark of New Jersey put it, that they would have “freedom or a halter.” All but four signers risked their lives and fortunes in spite of considerable family obligations. There is no doubt that the signers of the Declaration knew they were up to something far more serious than making a brave gesture when they put their signatures on the document. Indeed, for reasons of security, the Declaration with the signatures was not published until January, 1777—six months after the signing—for it was fully understood that if the Revolution failed, the signers would be rounded up, their property confiscated, and their lives forfeited. Altogether seventeen of the signers suffered extreme, and in some cases total, property losses. One in nine of them lost his life. But not one man of the fifty six lost his “sacred honor.”  Throughout the long ordeal of an often-floundering war, in a cause that at times seemed hopelessly lost, there was not among the fifty-six men a single defection—despite the reservations that some had had about independence at the beginning and despite the repeated sagging of popular support for the war.”

Sacred honor, what an archaic idea, at least by the “standards” of modern times. Honor is what? Military colleges like West Point, paramilitary colleges like The Citadel, religious colleges like Notre Dame have honor codes, which they tend to enforce. Other types of colleges also have honor codes, though enforcement is more lax. Certain religions believe in honor killings, though whose, and what kind of honor is at stake is questionable. At the very least, honor is truthfulness. But how can honor be sacred? Sacred to whom? Perhaps the hint is contained in those concluding words of the Declaration, “with a firm reliance on Divine Providence.” In other words, maybe God, Divine Providence, sanctifies honor and makes it sacred. These colonists, militarily unschooled, lacking in resources, divided in their loyalties, with patriots against tories, by this Declaration of Independence, went to war against the world’s preeminent military power, Great Britain. Darn right they needed to rely on Divine intervention.

That was then. Now we have the proof that our model constitution, copied by other nations, works, at least for over 240 years, but we also have a surfeit of politicians and politics. The servants of the people are awash in perquisites, privileges and pandering, but honor? Not so much. I have no hesitation saying that George Washington is my favorite President. He’s the only one who didn’t want the job, resisted being acclaimed king, and wanted nothing more than to return to his home and provide for his family. Compare that to politicians today. Where did honor go?