Rhetoric: “Language designed to have a persuasive or impressive effect on its audience, but often regarded as lacking in sincerity or meaningful content.”

Ben Shapiro: “In terms of mental health, the American  body politic is like a series of concentric circles: a core of mentally healthy people who won’t commit political violence no matter what, a larger group of people who can easily distinguish heated rhetoric from violently inciting rhetoric, and a very small fringe of people, often mentally ill, who could react violently to heated rhetoric. Our law and morality has never held that rhetoric’s effect on that small fringe outweighs the actual content or intent of the speech. To do so would be to attack the core of speech.”

The following rhetoric is actual, I’m not making it up for satire: People for the Ethical Treatment of Animals says it’s time for Americans to “ditch dairy” because it’s a “symbol used by white supremacists.”

White supremacists are guzzling cow milk in an effort to mock people of color who are lactose intolerant 😡 https://t.co/HyCzd4wfjc
— PETA ❤️🦊 (@peta) October 22, 2018

While the PETA rhetoric is unconsciously so self satirical that even many of their followers condemned it, Western Europe is continually rolling over and showing its naked belly to rhetorical tyranny. I often distinguish between Western and Eastern Europe, because the former is foolish and self hating, while the latter, having suffered the glories of communism and totalitarianism, are willing to take a stand against the modern incarnations of tyranny.

Andrew McCarthy in National Review: “Nearly four years ago, when Europe bowed to the mob and curbed its tongue following the jihadist massacre at the French satirical magazine Charlie Hebdo, I tried to explain the stakes in a pamphlet called Islam and Free Speech. If a society is to be a functioning, flourishing, free society, it must safeguard the robust exchange of knowledge and ideas. Absent that, the rule of reason dies, and with it freedom of conscience, equality before the law, due process, property rights, and equality of opportunity.

“Islamists and their transnational-progressive allies seek to redefine democracy as a guarantee of domestic tranquility, on the road to global tranquility in a post-Westphalian order. It is a sweet-sounding roadmap to tyranny, in which “tranquility” is enforced Soviet-style, with an official version of history and truth that is not open to question or debate. Your “freedom” to speak is strictly limited to those confines. Sounds like Newspeak in 1984.

“There is no free speech in Islam. Sharia states do not merely forbid speech that insults or denigrates Islam; they regard as blasphemy — and punish with cruelty — any form of expression that casts Islam in an unfavorable light. What the vestiges of Western civilization are coming to: I say something that is true; it hurts your feelings, so — of course — you blow up a building; and it’s my fault.”

But rhetoric has also helped save the free world from tyranny, out of the mouth and pen of people of courage. I give you a big one here, Winston Churchill: “A fanatic is one who can’t change his mind and won’t change the subject. An appeaser is one who feeds a crocodile, hoping it will eat him last.” “Personally I’m always ready to learn, although I do not always like being taught.” “Success is the ability to go from one failure to another with no loss of enthusiasm.” “When the eagles are silent, the parrots begin to jabber.” “I would say to the House, as I said to those who have joined this Government: ‘I have nothing to offer but blood, toil, tears, and sweat.” “Never give in–never, never, never, never, in nothing great or small, large or petty, never give in except to convictions of honour and good sense. Never yield to force; never yield to the apparently overwhelming might of the enemy.”

Rhetoric has also helped discredit racism among the majority of fair-minded people. Martin Luther King:”Love is the only force capable of transforming an enemy into a friend.” “I have a dream that my four little children will one day live in a nation where they will not be judged by the color of their skin, but by the content of their character.” “We must develop and maintain the capacity to forgive. He who is devoid of the power to forgive is devoid of the power to love.” “There is some good in the worst of us and some evil in the best of us. When we discover this, we are less prone to hate our enemies.”

I love good rhetoric, it opens the mind, it distinguishes humankind from animals, it inspires and transforms hearts. Bad rhetoric incites fools to evil and stupidity. It occurs to me as I am writing this, that it takes relatively few words to inspire, but many words repeated ad nauseum to incite. Note the examples of Winston Churchill and Martin Luther King jr., brief but eloquent, their words helped transform the world. In raising children, don’t you find that words have the power to lift their spirits, or to crush them?

I want to end with some proverbs from King Solomon, to whom God said, “Behold, I give you a wise and discerning mind, so that none like you has been before you and none like you shall arise after you.” 1 Kings 3:12.

“A word fitly spoken is like apples of gold in a setting of silver.”
“Like a gold ring or an ornament of gold is a wise reprover to a listening ear. “

“Like clouds and wind without rain is a man who boasts of a gift he does not give. “

“A man without self-control is like a city broken into and left without walls.”

“Like a dog that returns to his vomit is a fool who repeats his folly.”

“Do you see a man who is wise in his own eyes? There is more hope for a fool than for him.”

“For lack of wood the fire goes out, and where there is no whisperer, quarreling ceases.”
“As charcoal to hot embers and wood to fire, so is a quarrelsome man for kindling strife.”

“Whoever trusts in his own mind is a fool, but he who walks in wisdom will be delivered.”

“A fool gives full vent to his spirit, but a wise man quietly holds it back.”

“One’s pride will bring him low, but he who is lowly in spirit will obtain honor.”

“He who is often reproved, yet stiffens his neck, will suddenly be broken beyond healing.” 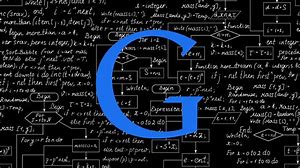 I am calling you a Google-head if your attitude towards learning is “why should I learn it if I can google it?” Of course, google now being shorthand for internet search, I could just as easily substitute Bing, Yahoo or others for Google and the problem would be the same. What problem? Let me illustrate with a personal example. I was born in 1946 and was supremely healthy for the next 50 years. Suddenly, in one year, I was diagnosed with cancer and myasthenia gravis, and suffered a catastrophic knee tendon injury. I recovered, except from the M.G., from which there’s no recovery. Still, my health remained good, my cognition above average, my endurance was more like a 50 year old than a 66 year old. Weirdo that I am, I continued my habit of reading a book a week, formed in 1969.

Suddenly, March 11, 2016, despite over 50 years of healthy eating, regular exercise and rare alcohol use, everything good about my physical body crashed in the form of a stroke. I was standing at the stove, preparing dinner, reflecting on all my good fortune, when my left foot began turning into water. That’s how it felt. Fortunately, somehow I knew this was a stroke, and I grabbed for my cellphone as I crashed to the ground, paralyzed. I lay there helpless, as our two cats were nosing me, aware that something was wrong (maybe they were worried about not getting fed tonight). Gradually, I became aware that it was my entire left side that was paralyzed, and I was able to call 911 using my right hand. My dominant thought was “I hope I left the front door unlocked so they don’t have to break it down”.

During the next two months of rehabilitation, I was tested both physically and cognitively. Physically, it was a very uphill battle, but cognitively, I now seemed to be renewed. Please don’t read this as boasting, I can’t take credit for it. But the lead speech therapist, whose main responsibility was cognitive testing, told me something shocking. After he had failed to stump me in any test or problem, and finally ran out of materials to test me on, said I tested higher than anyone he worked with his entire career, including people who never had a stroke. I could see for myself that I was able to solve problems that I would have previously given up on. We both theorized on how this could be. When I told him about my reading habits, that was his ah ha moment. Reading and learning new stuff creates new neural pathways in the brain. I apparently developed so many alternative pathways that I didn’t need. They were there, and the stroke destroyed some old pathways and stimulated the use of new ones that had been dormant.

Now, the warning. Hopefully you will never suffer a stroke, dementia, or other nervous system breakdown, because if you are not reading and memorizing, learning and organizing your thinking, but instead entertaining yourself by passive watching, and using internet search for more entertainment instead of information to learn, you are probably not developing much in the way of new neural pathways. When you need them, they may not be there. A good friend visited me in my second week of rehabilitation. He said he was nervous about what he would find. Would my personality be different? Would I have lost my sense of humor? Would I be able to think and communicate? He had friends and family members who suffered strokes and were never the same person. He was relieved, I was actually funnier and quicker than before. I ascribe that to being a readaholic, not a Google-head.